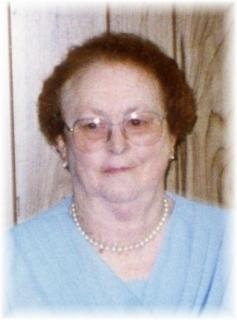 Funeral Services: Will be held on Tuesday, May 21, 2013 at 10:00 a.m. at the Steen Funeral Home in Greenfield with burial at the Greenfield Cemetery. Pastors Charles Layton will officiate the service. A luncheon will be held a the Greenfield United Methodist Church following the committal services at the cemetery.

Bessie Irene Parrott was born on July 24, 1921, in Adair County, Iowa, the daughter of Charles and Bertha (Neilson) Glade. She passed away on Wednesday, May 15, 2013, at the Corning Nursing and Rehab Center in Corning, Iowa, at the age of 91.

Irene was raised in the area of her birth. She attended school at Bridgewater, Iowa. Upon graduating in 1940 she became a teacher and taught classes at a country school in Adair County. She was thus employed during WW II while anxiously awaiting the return of her sweet heart, Melvin Parrott. Upon his safe return they were united in marriage on November 28, 1945, in Fontanelle, Iowa. To this union three children were born: Douglas, Vivian and Mark. When first married Irene and Melvin made a home on farms near Bridgewater until 1951 when they purchased a farm near Williamson. In 1963, they bought a farm near Corning where they lived until August of 2000 when they moved into the town of Corning. Irene enjoyed sewing many quilts, pillows and doll clothes for her granddaughters.

She was preceded in death by her parents; husband, Melvin Parrott; three sisters, Ilah and husband Paris Sullivan, Minnie and husband John Welsch and Edna and husband Al Sullivan; brother, Calvin and wife Chris Glade; and many other beloved relatives, friends and neighbors.

To order memorial trees or send flowers to the family in memory of Irene Parrott , please visit our flower store.