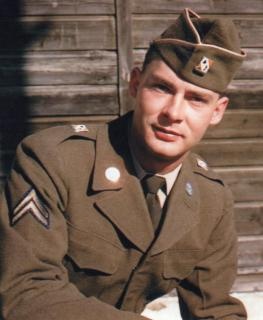 A celebration of life service for Jack Betty Boeck will be held at a later date. They are both resting at the Iowa Veterans Cemetery in Adel, Iowa.

Jack Dean Boeck was born in Treynor, Iowa, the son of Charlie L. and Mernie H. (Racobs) Boeck on May 15, 1933. He passed away on Sunday, June 9, 2019, at the Greenfield Rehabilitation and Health Care Center in Greenfield, Iowa, at the age of 86.

Jack was the elder of two sons, a brother Jerry. He attended Massena Schools and graduated in 1951. He played basketball and baseball in high school and played in a state championship basketball game. On July 8, 1953, he was united in marriage to Betty Armstrong in the Wiota United Methodist Church. To this union three children were born: John Charles, Gregory Dean and Lori Jean.

Jack was a veteran having served in the United States Army during the Korean Conflict. He was also an American Legion member as well as a Shriner. He worked in sales most of his working years. Once retired he and wife Betty loved to travel. They flew to Ireland to visit Betty’s family origin. They took cruises and visited many places. They took and Amtrak to California once and said they would never do that again.

Betty passed away on April 8, 2015. That was very difficult for everyone. Jack residing in assisted living in Greenfield began meeting and making new friends and had become a bit of a character at the center. He and a group of nice ladies would have coffee and tell stories. He loved to tell stories and had a lifetime of them. He could recall nearly everything. He began corresponding to relatives and friends through cards and letters. He really enjoyed all the mail he received.

He was prededed in death by his parents; wife, Betty; and brother, Jerry Boeck; son-in-law, David Barlow.

To order memorial trees or send flowers to the family in memory of Jack Boeck , please visit our flower store.