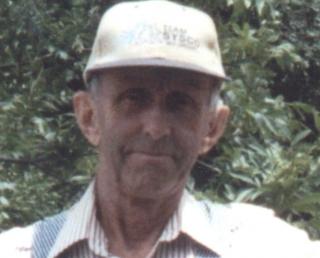 Funeral Services: Wednesday, March 16, 2011, at 10:30 a.m. at the United Methodist Church in Bridgewater with burial in the Witt Cemetery, rural Bridgewater.

Jacob "Jake" Pote youngest son of Paul and Edna (Belding) Pote was born on the family farm north east of Bridgewater on Sunday, August 11, 1929. He passed away on Sunday, March 13, 2011, at the age of 81 years surrounded by his family at his home.

Jake attended country school at the Pote School, Richland, and graduated from Bridgewater High School with the class of 1947. Jake spent his entire life farming, the last 45 years at their home place south east of Bridgewater. Also a special thank you to Brian and Pam Christensen for all their wonderful help the last few years.

In July 1951, he was married to Beverly Wyllie, this union was blessed with three daughters, Penny and twins, Paula and Patty. He enjoyed collecting old tools and outdoor activities with grandchildren and great grandchildren.

He was preceded in death by his parents; brother, Milburn and wife Lorraine; and great granddaughter, Odessa Livingston.

To order memorial trees or send flowers to the family in memory of Jake Pote , please visit our flower store.
Send a Sympathy Card