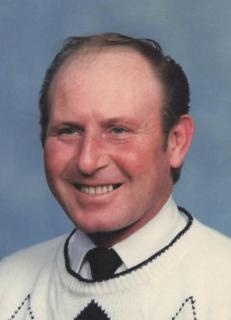 Public Graveside Services: Will be held at the Iowa Veterans Cemetery near Van Meter, Iowa, on Thursday, December 3, 2020, at 11:00 a.m. with full military rites conducted by the Fontanelle American Legion Carlson Post No. 247. Pastor Cathy Nutting will officiate the service. The Steen Funeral Home in Fontanelle is in charge of the professional arrangements.

Memorials: May be directed to the Jim Bakerink memorial fund to be established by the family at a later date.

James Eugene Bakerink was born on November 29, 1946, to Vernon Ogden and Eva Luella (Zimmerline) Bakerink at his Grandma Zimmerline’s farm in rural Adair county. He passed away on November 23, 2020, at the Veterans Hospital in Des Moines, Iowa, at the age of 73.

James attended Eureka No. 1 school and then attended and graduated from Greenfield High School in 1964. After graduation James worked for Gipple Implements in Greenfield before enlisting in the United States Navy in December of 1965 and was honorably discharged on December 27, 1971. During his time in the Navy James was 8th in his class for ADJAN and promoted to ADJAN 3rd class petty officer. While stationed in Lemoore Naval Air Station, California, he was named ADJ3 Champ Plane Captain of the month of January 1969, Attack Squadron VA-56.

On July 3, 1966, James was united in marriage to Mary Ann Tipling where three children were born: daughter, Marnie Annette and sons, Timothy James and Kim Michael.

James loved being a mechanic and “tinkering“ in his garage. He also was an avid race fan and enjoyed attending the races at the Adams County Speedway in Corning with his friends. James never met a stranger and loved visiting with his friends especially his best friend Lyle Edsall of Fontanelle. James will be greatly missed by his family and friends and Fontanelle community.

He was preceded in death by his daughter, Marnie Bakerink; parents, Vernon & Eva Bakerink; and brother, Gary Dean Bakerink.

To order memorial trees or send flowers to the family in memory of James Bakerink , please visit our flower store.