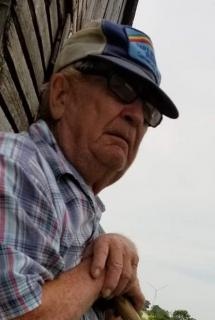 Per Jim’s wishes no services will be held. The Steen Funeral Home in Massena is in charge of the professional arrangements.

Memorials: May be directed to the Jim Follmann Memorial Fund to be established by the family at a later date.

James “Jim” William Follmann passed away at Taylor Hospice House in Des Moines, Iowa on Tuesday, March 2nd, 2020 after a battle with Throat Cancer. Jim was a loving husband to Barbra Follmann of 64 years. Jim and Barb have resided in Massena, Iowa for most of their lives.

Jim was born on March 25th, 1939 in Massena to Ralph and Doloros Follmann. He graduated from Massena Schools in 1957. Jim and Barb married on September 1st, 1957.

Jim pursued farming shortly after high school. He also had several occupations throughout his 81 years of life.

Jim was an avid farmer and especially enjoyed spending time with his family on the farm, fishing, and taking care of his sheep.

He was preceded in death by his parents Ralph and Doloros Follmann; his brother-in-law Roger Hall; son-in-law Edward Phippen; nephew Brian Follmann.

Per Jim’s wishes no services will be held. Online condolences may be left to the family at www.steenfunerals.com. The Steen Funeral Home in Massena is in charge of the professional arrangements.

To order memorial trees or send flowers to the family in memory of James Follmann , please visit our flower store.