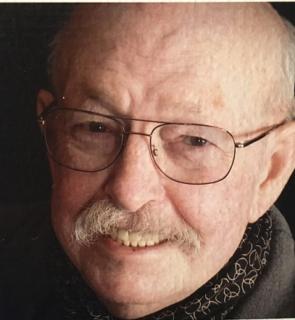 Celebration of Life Services: Will be held on Saturday, July 8th, 2017 at 10:30 a.m. at Emmanuel Lutheran Church in Fontanelle. The service will be led by church members and the church Praise Team with a luncheon to follow. A private graveside service will be held at West Pleasant Grove Cemetery in Sigourney, Iowa. The Steen Funeral Home in Fontanelle is in charge of the professional arrangements.

Memorials: May be made to the James Yaeger memorial fund to be established by the family at a later date.

James “Big Jim” Yaeger was born on July, 3rd, 1944 in Keokuk County Iowa, the son of Leo and Henrietta Yaeger. He passed away at the Good Samaritan Center in Fontanelle on June, 20th 2017 at the age of 72.

James grew up in Keokuk County and graduated from Sigourney Community School in 1963. After school he enlisted in the Army and he eventually became a Sergeant. He was stationed in Fort Leonard Wood, MO where he served 2 years, 11 months and 23 days.

For many years he was an over the road truck driver for 3M. After he retired he moved to Fontanelle where he made most of his friendships.

James was a member of Emmanuel Lutheran Church in Fontanelle. He was a self-taught bible scholar. He loved to share the gospel and taught Sunday School for many years. He enjoyed riding horses throughout his life and made many great friends on the annual River City Roundup Trail Ride across Iowa. He also enjoyed fishing and his dogs.

He is survived by his children, Melissa (Ken) Braun of Imperial, MO, Michael (Laura) Appleby of O’Fallon, MO, and Nikki (Philip) Wood of Jefferson City, MO; three grandsons, Andrew Pfantz and Devin Pfantz, both from Jefferson City, MO, and Zachary Appleby of O’Fallon; one sister, Shirley (Wayne) Conkity of Harper; one niece, Angela (Darryl) Nicholson of Ainsworth, and two nephews, Jeremy (Maude) Conkity of Plano, and Clint (Kristy) Conkity of Cedar Falls; and other relatives many friends.

James was preceded in death by his parents, Leo and Henrietta Yaeger, and a brother, Lee Yaeger.

To order memorial trees or send flowers to the family in memory of James Yaeger , please visit our flower store.
Send a Sympathy Card