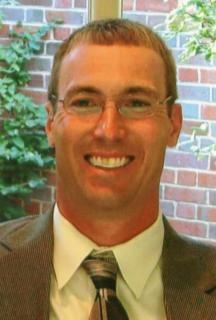 Funeral Services: Will be held on Saturday, April 30, 2016, at 2:00 p.m. at the Greenfield United Methodist Church with burial in the Greenfield Cemetery. Pastor Melodee Carstens will officiate the service. The Steen Funeral Home in Greenfield is in charge of the professional arrangements.

Open Visitation: Will be held at the Greenfield United Methodist Church on Friday, April 29th from 2:00 p.m. to 8:00 p.m.

Family Visitation: The family will greet friends on Friday evening from 6:00 p.m. to 8:00 p.m. at the Greenfield United Methodist Church.

Memorials: May be directed to the Jason Smith Memorial Fund to be established by the family.

Jason grew up in Greenfield and graduated from Greenfield High School in 1991. Beginning at a young age, Jason was a talented athlete, and sports continued to be a central part of his life. Jason attended college at Northwest Missouri State University where he earned a B.S. in Education and a M.S. in Physical Education. His career flourished as a beloved teacher and coach in Smithville, Missouri, for 19 years.

Jason was united in marriage with his childhood love, Jennifer Caldwell, on June 20, 1998. To this union, a daughter, Kayla Michelle Smith, was born in 2005.

Jason had a very active lifestyle, with time regularly spent lifting weights, biking, golfing, and coaching his daughter Kayla’s various sports teams. Jason was a dedicated Hawkeye and Royals fan, but he loved watching all sports. If there was a game on, you could bet he would be watching it, likely while swinging a golf club. Jason placed a lot of value on time with family and friends, and had a special bond with nieces and nephews. He was known to be a great storyteller, and would retell stories that he got the biggest kick out of. Jason loved making people laugh, and if he teased you, you could be counted amongst those he liked and admired most.

Jason is survived by his wife, Jennifer Smith, and daughter, Kayla, of Smithville (MO); father, Ron Smith, of Greenfield; sister, Sarah Smith Burke, and nieces Addison and Taylor, of Chandler (AZ); grandfather, Kenneth Gebbie, of Dexter; sister-in-law Amy, husband Doug Reis, and nieces Ella and Sarah of Adel; brother-in-law, Steven, wife Rhonda Caldwell, and nephews Jack and Joshua of Dyersburg, Tennessee; as well as other relatives and many friends.

To order memorial trees or send flowers to the family in memory of Jason Smith , please visit our flower store.
Send a Sympathy Card