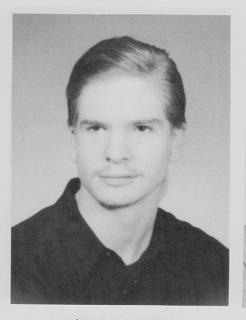 Graveside Services: Monday, November 15, 2010, at 11:00 a.m. at the Massena Center Cemetery in Massena, Iowa. A luncheon will follow the service at the Massena United Methodist Church.

Memorials: May be directed to the Jason Stapleton memorial fund to be established by the family in care of the Steen Funeral Home, P.O. Box 390, Greenfield, Iowa 50849.

Jason graduated from Urbandale Iowa high School in 1993. He worked in construction and tiling. Jason enjoyed spending time with his daughter Chloe, hiking and being outdoors. One of his favorite places to go was Gulley Park in Fayetteville, Arkansas.

He is survived by his grandmother Mildred Stapleton of Massena, IA, his father David Stapleton of Fayetteville, Arkansas, daughter Chloe Kerby of Des Moines IA, sister and brother-in-law Lisa and Robert Hendricks of Rogers, AR, niece and nephew Alyssa and Evan Hendricks of Rogers AR, special friend Miranda Hipkins of Fayetteville, AR, many other relatives and friends.

To order memorial trees or send flowers to the family in memory of Jason Stapleton , please visit our flower store.
Send a Sympathy Card