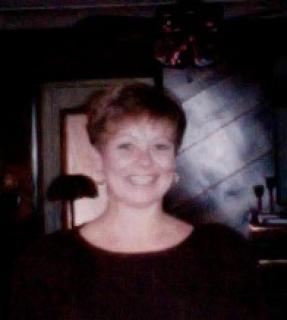 A Rembrance for Jean Eden will be held on Friday, May 8, 2015, at the Main Street Bar & Grill in Massena at 3:00 p.m. The family asks to bring your stories and memories. The Steen Funeral Home in Massena is in charge of the professional arrangements.

Memorials: To the Jean Eden memorial fund to be established by the family at a later date.

Jean Marie Eden was born May 31, 1950 to Charles Dudley and Betna (Van Meter) Dougherty in Carroll, Iowa. She passed away on May 3, 2015 at Bright Kavanagh House.

Jean married Dennis Eden in 1967. To this union their son, Brett Douglas was born. She worked at Agri Careers in Massena until moving to Des Moines with her fiancée, Steve Osborn where she started her own business Banking Careers Ltd. She worked there for many years before joining Moss Distributing as their bookkeeper, where she recently retired.

She loved her dog, Gracie, and spending her free time going to the casino, playing cards, and enjoying her music.

To order memorial trees or send flowers to the family in memory of Jean Eden , please visit our flower store.
Send a Sympathy Card