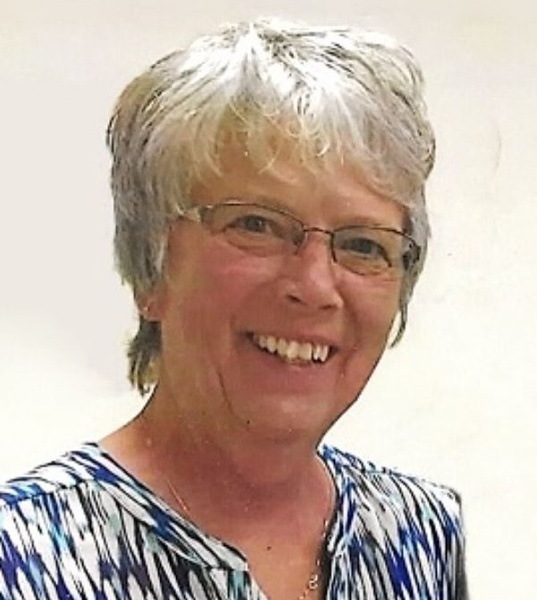 Jean Alice Guikema was born October 6, 1953, the daughter of Burl Duane and Vivian Lorine (Holmes) Klinger in Corydon, Iowa. She passed away on Sunday, January 16, 2022, at the Mercy One Des Moines Medical Center in Des Moines, Iowa, at the age of 68.
Jean was raised on the family farm near Corydon, Iowa and graduated from Corydon Community High School in 1971. She was an all-state 6 on 6 guard on the girls’ basketball team her senior year. On September 21, 1974, she was united in marriage to Bob Guikema in Allerton, Iowa. To this union three children were born: Ryan, Rena and Terri.
Jean worked in Des Moines and California and then in 1984, Bob and she moved to Greenfield and purchased the Clure Lumber Company. They owned and operated the Greenfield Lumber Company for 38 years, retiring in 2019. She enjoyed camping, puzzles, playing cards and especially her grandchildren. Jean was active in lots of community affairs – past president of the Greenfield Chamber and activities at the Greenfield Gospel Chapel.
She was preceded in death by her parents.
She is survived by her husband, Bob Guikema of Greenfield; son, Ryan Guikema (Jenny) of Houston, Alaska; two daughters, Rena Freeland (Jimmy) of Greenfield and Terri Huebner (Kasey) of Spirit Lake, Iowa; five grandchildren: Karley, Oliver, Amelia, Kedrick and Karter; two sisters, Joan Klinger of Russell, Iowa and Lori Armstrong (Steve) of Greenfield; other relatives and friends.

Memorials may be made to the Jean Guikema memorial fund to be established by the family at a later date.

To order memorial trees or send flowers to the family in memory of Jean Guikema, 68, of Greenfield, please visit our flower store.

Funeral Service is for Family and Close Friends and will be livestreamed for everyone else.