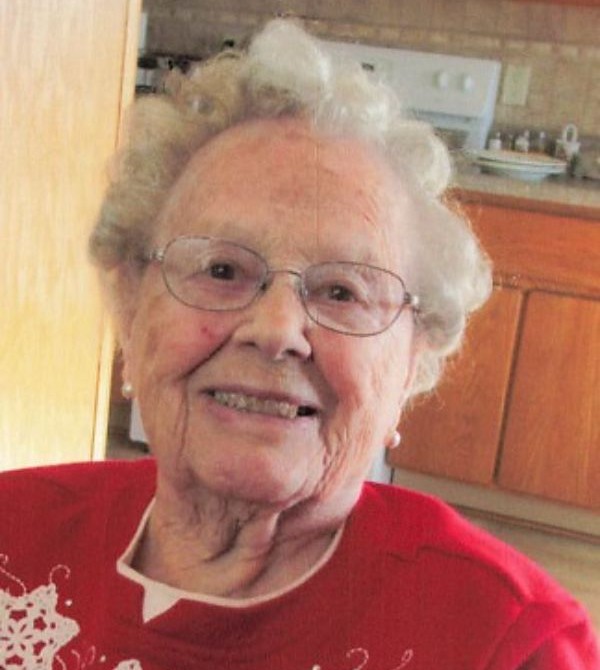 Nellie Jean Garside Queck Schaefer daughter of Samuel and Lorena Buckner Garside was born on November 11, 1921 and passed away on Monday January 17, 2022 at Greenfield Nursing and Rehab at the age of 100.

Jean attended Fontanelle High School graduating in 1940. She taught country school at Massena until getting married January 11, 1942 to Alvin Queck. To this union one daughter was born Joann Sue. After Al’s death Jean moved to Creston and took classes at SWCC and worked at Job Service. Jean married Merle Schaefer on April 30, 1982. She gained many friends from the Sackett and Schaefer families.

Jean and Merle moved to Homestead in Greenfield in 2009 and were there until Merle’s death in June 2016 when Jean moved to Asst. Living. After a serious fall in July 2021, she moved to Greenfield Nursing and Rehab as she could no longer care for herself.

Jean was preceded in death by her parents, brother George Garside and husbands Alvin and Merle. She is survived by her daughter Joann and husband Denny Davis, grandson David wife Tisha, Wesley (Alexus), Alyssa and Lindsey and grandson Mark and son Jeremy, sister-in-law Charlotte Garside and special niece and nephew Linda Jensen and Barry Garside and their families.

To order memorial trees or send flowers to the family in memory of Jean Queck Schaefer, 100 of Greenfield , please visit our flower store.
Send a Sympathy Card

Burial will be in the Fontanelle Cemetery with a luncheon to follow the burial at the church. The service will be livesteamed at https://www.youtube.com/GreenfieldIowaUMC