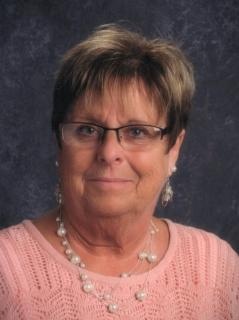 Memorials: Memorials may be directed to the Jean Williams memorial fund to be established by the family at a later date.

Jean Joyce Williams was born on October 29, 1949, the daughter of Edward Nels and Neva Ann (McQuire) Jorgensen at the family farm house in Woodbury County, Iowa. She passed away on Friday, July 6, 2018, at her home in Massena, Iowa, at the age of 68.

Jean graduated from Atlantic High School in 1968. After graduation she became a CNA for the old Atlantic hospital, she then worked in surgery a short time and finally a ward clerk. On August 17, 1968, she was united in marriage to Doug Williams in the United Methodist Church in Atlantic. Doug was sent to Alexandria, Virginia for training to go fight in Seoul, Korea. To this union three boys were born: Shane, Kyle and Drew. She was a para educator for CAM North elementary for the last seven years, which she dearly loved.

Jean and Doug traveled whenever Doug would say “Want to go to Puerto Rico?”, Jean would reply "Sure do". They were also very lucky to travel to Jamaica and many, many states, including Hawaii, with sons and daughters-in-law. That was very special to the boys.

She was preceded in death by her parents and father and mother-in-law, Lefty and Mary Williams.

To order memorial trees or send flowers to the family in memory of Jean Williams , please visit our flower store.