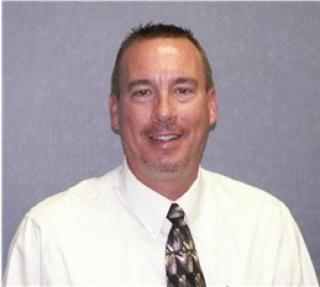 Jeff Luther, 48, of Fontanelle passed away on Thursday, July 29, 2010, at his home south of Fontanelle.  He has donated his body to the University of Iowa for medical study.

Memorials: May be made to the Jeff Luther Memorial Fund to be established by the family at a later date.

He was born January 1, 1962, in Creston, Iowa, the son of Dick and Annie Luther. He was raised in rural Prescott as the youngest of four children. On September 13, 1986, he married Lisa Thompson, thus joining two families into one.

Jeff graduated from Prescott High School in 1980 and then attended, Iowa State University receiving a Farm Operation Certificate in Technical Agriculture in 1982.  He then studied at Northwest Missouri State University receiving a Bachelor of Science in Education in 1984.   With an interest in finance as well as agriculture, he furthered his education by attending several programs related to bank administration and management.

After graduation he was employed as a subcontractor for UARCO in Corning, Iowa. He then became an Ag teacher and coach for the C&M Community School District.  Jeff left teaching in 1991 when an opportunity arose to explore his interest in banking. He eventually became Vice President and Sr. Loan Officer for First National Bank in Fontanelle.  His final place of employment was at Okey Vernon Bank in Corning, Iowa as their bank President and Sr. Loan Officer.

Jeff is survived by his wife Lisa of Fontanelle and his parents Dick and Annie Luther of Corning. His brother Randy Luther and wife Jeanine of Keller, TX, and sister Julie Krauth and husband David of Prescott, IA, as well as sister-in-law Cathy Luther of Urbandale, IA.  He is also survived by his in-laws, Larry and Leta Thompson of Cumberland, IA and 2 sister-in-law’s Lori Mudd and her husband Kevin, of Atlantic, IA and Angela Thompson of Osborn, MO as well as numerous nieces and nephews.

He was preceded in death by his brother Richard (Alan) Luther, and his grandparents.

Jeff was active in many organizations in the communities in which he lived and worked.  One of Jeff’s greatest joys was spending time on his farm whether it was mowing the grass in the yard, riding his tractor or fishing in his ponds there was never any doubt that he was where he belonged.  He enjoyed playing golf with friends and family; teaching the game to two of his nephews.  Jeff loved sports (especially Iowa State Cyclones) and coaching young athletes was one of the things he was most proud of.  He will be greatly missed by all who knew him as well as his two bassett hounds, Dudley and Morty.

To order memorial trees or send flowers to the family in memory of Jeff Luther , please visit our flower store.
Send a Sympathy Card