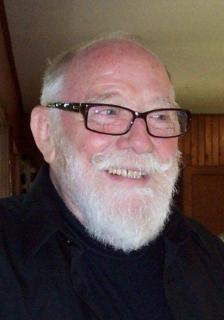 Graveside Services: Will be held on Tuesday, January 12, 2016, at 11:00 a.m. at the Greenfield Cemetery, Greenfield, Iowa. Father Nicholas Alford of the St. Gregory Orthodox Church will officiate the graveside service.

He was baptized on July 26, 1942, at the United Methodist Church in Dexter, Iowa. He joined the Fairview Congregational Church of rural Stuart on April 13, 1952. Jerry attended a one room country school in rural Iowa and high school in Greenfield, Iowa. He attended the University of Iowa but returned home to help his parents in their rural country store. After his father's death, he served in the Army and then finished his degree work at the University of Iowa. He received a Master of Divinity degree from the Philadelphia Divinity School and then began work as an electro-neuro diagnostic technician. He worked at Georgetown University Hospital before joining the Staff at George Washington University Hospital where he worked until retirement.

Jerry was a founding member of the St. Gregory Orthodox Church and was ordained a sub deacon in 1998 and served at the altar at St. Gregory's for most services. He was much loved for his many contributions to parish life. He was also a great lover of the arts, attending many of the performances of choral music, ballet and opera that this area offers.

To order memorial trees or send flowers to the family in memory of Jerald Chiles , please visit our flower store.
Send a Sympathy Card