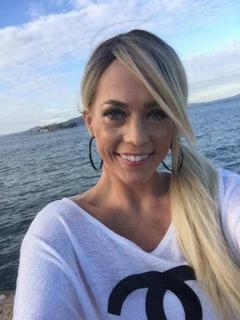 Celebration of Life Services: Will be held on Saturday, March 19, 2016, at 2:00 p.m. at the Frist Presbyterian Church in Greenfield. Pastor David Kincaide will officiate the service. The Steen Funeral Home in Greenfield is in charge of the professional arrangements.

Memorials: Memorials may be directed to the Jessica Roberts memorial fund to be established by the family at a later date.

Jessica Lee Roberts passed away on February 11, 2016 after a long battle with breast cancer. She was born in Ottumwa, Iowa and moved, with her family to Omaha, Nebraska when she was 3. She completed her high school education in Elkhorn, Nebraska.

Jessica’s battle with cancer began in July of 2013 when she was diagnosed with breast cancer. She spent two years fighting the battle when she learned in August of 2015 that she was being called home. Carolyn and Stephanie had the opportunity to see Jessica twice, celebrating life and reliving memories. Jenna traveled to Orlando with her mother and spent a wonderful week seeing the sights. Jessica was able to travel to San Francisco and complete one of her dad’s bucket list requests, traveled to Omaha to see her forever friends and Greenfield to see our extended family. Jessica was a dreamer and a planner. She did as much as she could before she was no longer able to travel.

Jessica was blessed along the final journey by many friends and family. Jon Bass and Lindsay Wolfinger, helped her complete her bucket list. Her friends from Christ Fellowship gave her spiritual comfort. Our family has been deeply touched by condolences from our extended family and friends across the United States.

There are no words to describe how much she meant to all of us. We will miss her beautiful smile.

To order memorial trees or send flowers to the family in memory of Jessica Roberts , please visit our flower store.
Send a Sympathy Card