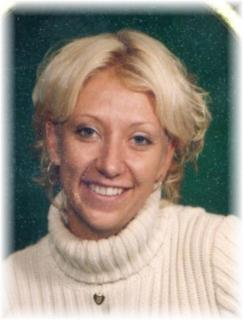 Burial: A family private burial will be held at a later date.

Memorials: May be directed to the Jessica Tindle-Olson memorial fund to be established by the family at a later date.

Jessica Joan Tindle-Olson was born August 7, 1983, the daughter of Danny Wayne and Rebecca Ann (Benedict) Tindle in Des Moines, Iowa. She passed away on Friday, May 9, 2014, in Melrose, Iowa, at the age of 30.

Jessica was raised in Greenfield and graduated from Nodaway Valley High School in 2002. She played basketball, softball and co-ed soccer while in school. She had worked for Amerus Life Insurance in Des Moines as an office assistant. She loved music and passed that love onto her children. In December of 2010, she was united in marriage to Kevin Olson.

To order memorial trees or send flowers to the family in memory of Jessica Tindle-Olson , please visit our flower store.
Send a Sympathy Card