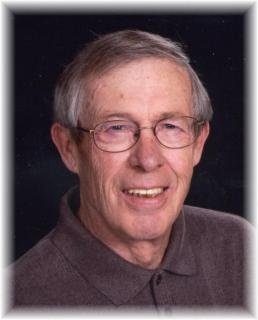 Open Visitation: Will be held on Friday, Feb. 7th from 3 p.m. to 8 p.m. at the St. Patrick’s Catholic Church in Massena.

Family Visitation: The family will greet friends on Friday evening from 6 to 8 p.m. at the St. Patrick’s Catholic Church.

Scripture Service: A scripture/prayer service will also be held on Friday at 5:30 p.m. at the St. Patrick’s Catholic Church.

Memorials: To the Jim Hensley memorial fund to be established by the family at a later date.

James Patrick Hensley, youngest child of C.B. and Florence (Cullen) Hensley was born on July 30, 1949 in Council Bluffs, Iowa. He passed away suddenly on Tuesday, February 4, 2014 at Mercy Medical Center in Des Moines, Iowa, at the age of 64.

Jim and Peg raised their family on a farm south of Cumberland before he began bending nails (as he would say) and continued with a hammer for most of his life for his family, church, friends and neighbors.

He was a member of St. Patrick Catholic Church, Cumberland Lions Club, Massena Chamber of Commerce, a life long supporter of the Cumberland-Massena Red Sox and enjoyed golfing with family and friends. Jim shared his love of sports, especially baseball, with his children and grandchildren sending encouragement and bits of advice, as he was always present at their activities.

He was preceded in death by his parents, brothers, Larry and Bill and sister-in-law, Charlotte Hensley, and father and mother-in-law, Leo and Helen Stakey.

To order memorial trees or send flowers to the family in memory of Jim Hensley , please visit our flower store.
Send a Sympathy Card