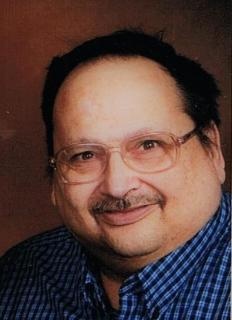 Funeral Services: Will be held on Saturday, January 13, 2018, at 2:00 p.m. at the Emmanuel Lutheran Church in Fontanelle with burial in the Greenfield Cemetery. A luncheon will be held at the church following the committal services at the cemetery. Pastor Steven Broers will officiate the service.

Family Visitation: The family will greet friends on Friday evening at the Steen Funeral Home in Greenfield from 6:00 p.m. to 8:00 p.m.

Memorials: Memorials may be made to the Jimmy Rohner memorial fund to be established by the family.

Jimmy Lynn Rohner son of Elmer William and Alice Louise (Thomas) Rohner was born June 20, 1954, at the Adair County Memorial Hospital in Greenfield, Iowa. He passed away on Wednesday, January 10, 2018, at his home in Greenfield, Iowa, at the age of 63.

Jimmy was raised on a farm north of Fontanelle where he got his love for farming. He attended Bridgewater-Fontanelle School and graduated in 1973. He attended SWCC in Creston, Iowa, studying auto collision graduating in 1974 and was on the presidents list for academics.

On June 16, 1974, he was united in marriage to Sue Ellen Ehrsam at the First United Presbyterian Church in Greenfield, Iowa. To this union a daughter Jenny Sue and son Jeremy Lynn were born. In 1975, he started full time farming and working for Ehrsam Implement in the winter time and also doing auto body work on the farm. He helped his dad with the family painting business for many years and they helped paint the Fontanelle Enterprise Train and helped the American Legion shingle their roof.

He worked various constructions jobs and in February 1992 he began working for Mederer Corporation (Gummy Bear) for 15 years until 2009 when he took early retirement for health problems. He was a very hard worker with excellent attendance. Jim loved farming and his farm. He loved anything he could do on a farm. He also enjoyed woodworking with his son Jeremy. He built four buildings on the farm and a garage in town. He was a charter member of the Greenfield Area Jaycees and served on the church vestry for 3 years. He was a very good checker player and loved playing cards especially ten-point pitch. He also made excellent rice crispy treats.

His greatest treasure was his grandchildren who he wanted them to come over and spend time with him as much as he could. He loved helping Jeremy and the boys with the farm and the animals. He also loved helping Jeremy with the Cub Scouts/Boy Scouts especially popping popcorn for the lighted Christmas parade.

He was preceded in death by his parents; grandparents; brother, Stephen in infancy; father-in-law, Robert Ehrsam; and brother-in-law, Terry McGowan.

To order memorial trees or send flowers to the family in memory of Jimmy Rohner , please visit our flower store.
Send a Sympathy Card