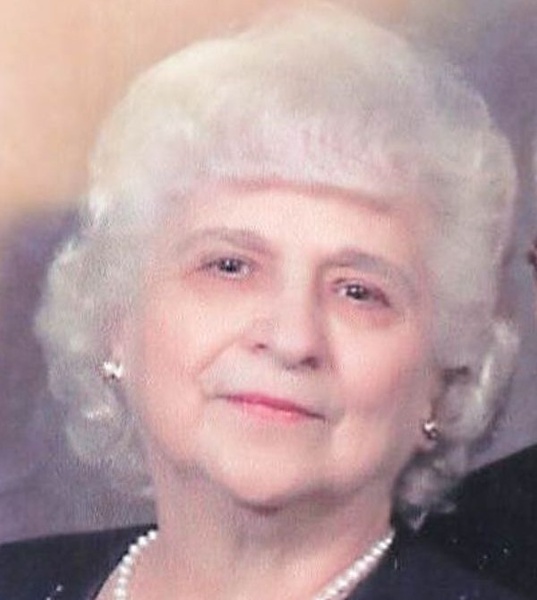 Celebration of Life Services:  Will be held on Saturday, April 2, 2022, at 10:30 a.m. at the Greenfield United Methodist Church with burial following in the Greenfield Cemetery.  Pastor Melinda Stonebraker will officiate the service.  The Lamb Funeral Home in Greenfield is in charge of the professional arrangements.

Memorials:  May be directed to the Joan Thompson Memorial Fund to be established by the family at a later date.

Shirley Joan Thompson was born September 18, 1930, in Richland Township, Adair County, Iowa, to Louis (Harry) and Eva Esther (Hoffman) Fredrick.  She passed away on Sunday, March 20, 2022, at the Adair County Memorial Hospital in Greenfield, Iowa.
She preferred to go by Joan.  Her early years were spent around Orient where she attended school through the 11th grade.  She moved with her family to Greenfield where her parents operated several businesses throughout the years.
Joan worked at the IDEAL Café and in the bakery at Berg’s Grocery Store, but she was mainly a stay at home mom.  Her family was her passion.  She enjoyed coffee time and playing cards with friends and family.  She had a real passion for talking to friends and family on the phone.  She enjoyed cooking, baking and really enjoyed making Christmas cookies and sharing them with neighbors, friends and family.
She was a loving mother, grandmother and great grandmother.
Joan’s first marriage was to Robert L. Shatava.  To this union three sons and one daughter were born: Harry (Ted), Robert (Bob), Thomas (Tom) and Rebecca (Becky).  Joan later divorced and married Don C. Thompson.  To this union one son, Steven was born.
She was preceded in death by her parents; loving husband, Don; son, Ted; in-laws, Harry and June Thompson and Lud and Murriel Shatava; grandson, Gabe Shatava; four sisters and their husbands; and daughter-in-law, Terri Shatava.
She is survived by her children, Bob (Janelle) Shatava of Marshalltown, Tom (Lorraine) Shatava of Grimes, Becky (Ted) Wallace and Steve (Pam) Thompson of Greenfield; 14 grandchildren, Tara Ross (Teddy), Joshua Shatava (Collette), Caleb Shatava (Ryanne), Kim Sanca, Justin Shatava (Celia), Sean Shatava, Sally Shatava (Ron Lowe), Angie Frankl (David), Lisa Osberg (Mark), Thomas Frahm (Becky), Jamie Berkley (Steven), Jenni Madsen (Matt), Tim Wallace (Sheila), and Bridget Sickles (Josh); 46 great grandchildren; 7 great great grandchildren; daughter-in-law, Pat Shatava of Clarinda; sister-in-law, Diana Thompson of Greenfield; and a go to friend, Pat Reeves of Greenfield; nieces; nephews; other relatives and friends.

To order memorial trees or send flowers to the family in memory of Joan Thompson, 91, of Greenfield, please visit our flower store.

A luncheon will be held at the church following the burial.