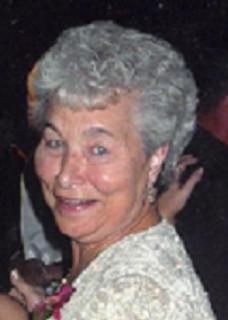 Funeral Services: Will be held on Wednesday, August 31, 2016, at 10:30 a.m. at the United Methodist Church in Greenfield with burial in the Greenfield Cemetery. Pastor Eric Schubert will officiate the service. A luncheon will follow the burial at the church.

Open Visitation: Will be held on Tuesday, August 30th, from 2 p.m. to 7 p.m. at the Steen Funeral Home in Greenfield.

Family Visitation: The family will greet friends on Tuesday evening at the Steen Funeral Home in Greenfield from 5:00 p.m. to 7:00 p.m.

Memorials: To the JoAnn Corcoran Memorial Fund to be established at a later date by the family.

JoAnn Kay Corcoran was born September 24, 1931, in Kanawha, Iowa, the daughter of Ralph Andrew and Verola Mae (Hartwig) Yepsen. She passed away on Saturday, August 27, 2016, at her daughter’s home in West Des Moines, Iowa, at the age of 84.

JoAnn attended grade school in Kanawha, Iowa until the age of 11 then moved to Coon Rapids, Carroll and Jefferson where she finished her high school education and graduated with the class of 1949. She was active as a cheerleader, majorette and baton twirler. She was part of the homecoming court her senior year.

On February 20, 1950, she was united in marriage to Harry (Bud) Corcoran in Grand Junction, Iowa. To this union, they were blessed with eight children: Denise, Debora, Dennis, Lisa, John, Dan, Laurie and Pat. They lived in Jefferson until 1958 when they moved to Indianola and then to Greenfield in 1959. JoAnn was a homemaker while her children were young. Later she worked at the Sears Store in Greenfield for many years and then the Tiger Drive In. In her early life she liked to sketch and draw still objects, she also enjoyed crocheting and needlework, golf and especially spending time with her grandchildren and great grandchildren. JoAnn was a member of the Greenfield Country Club, Golden Girls Golf League, Ladies Card Group and previous Ladies Bowling League.

To order memorial trees or send flowers to the family in memory of JoAnn Corcoran , please visit our flower store.
Send a Sympathy Card