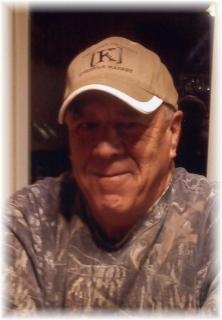 Family Visitation: The family will greet friends on Sunday afternoon from 2:00 p.m. to 4:00 p.m. at the Steen Funeral Home in Massena.

Celebration of Life Services: Will be held on Monday, June 23, 2014, at 11:00 a.m. at the St. Mary’s Catholic Church in Williamsburg, Iowa with burial in the Armah Cemetery, North English, Iowa. Father Roost will officiate the service. A luncheon will be held at the church immediately following the service at the church.

Memorials: To the John Agnew Memorial Fund to be established by the family at a later date.

John was the 6th out of 8 children and the oldest son. He grew up on the family farm where he thrived and enjoyed his time there. John followed his father’s footsteps and loved the cattle business especially, and after leaving the family farm his dreams became a reality when he became a cattle buyer. He was a long time buyer for Gibbon Pack out of Gibbon, Nebraska. He loved his life involving cattle, sale barns and other cattle friends. John enjoyed spending time with his family and really loved to laugh with others. He loved hunting, camping and was very content doing anything outside. He was always proud of his ability to find mushrooms and loved his garden.

John had four children that he cherished completely, son, Matthew Agnew (deceased), daughter, Kristin Boies and sons, Harry and Archie Agnew. He loved spending time with them all.

He married Susan Waters from Massena, Iowa, on June 30, 2005 and they shared with each other the children and families they created by being together. John and Sue ran a small restaurant business at Lake Icaria for the past five years and they enjoyed working together and meeting new people.

To order memorial trees or send flowers to the family in memory of Johnnie Agnew , please visit our flower store.