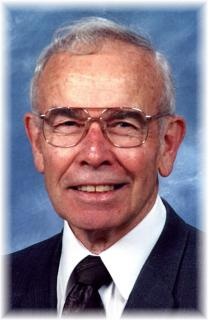 Funeral Services: Will be held on Tuesday, December 9, 2014, at 11:00 a.m. at the United Methodist Church in Greenfield with burial at the Greenfield Cemetery. Full Military Graveside Rites by Greenfield American Legion Head-Endres Post No. 265 and V.F.W. Post No. 5357. A luncheon will be held at the church following the committal services at the cemetery. Pastors Eric Schubert and Jeff Banks will officiate the service.

Family Visitation: The family will greet friends on Monday evening from 6:00 to 8:00 p.m. at the Steen Funeral Home in Greenfield.

Memorials: May be directed to the John Crosswhite Memorial Fund to be established by the family at a later date.

John Dale Crosswhite was born August 19, 1933, the son of Marshall and Grace (Herron) Crosswhite in Osceola, Iowa.  He passed away on Saturday, December 6, 2014, at the Greenfield Rehabilitation and Health Care Center in Greenfield at the age of 81.

John was raised and grew up in Richland Township in Adair County.  He graduated from Greenfield High School in 1951.  He went on to attend Southwestern Community College and then Seminary in Evansville, Indiana.  On April 21, 1956, he was united in marriage to Doris Elaine Skellenger in the United Methodist Church in Greenfield. To this union two daughters were born: Kim and Karen.

After retiring in 2000, John and Doris enjoyed wintering in Arizona in the winter months.  John enjoyed wood working and he was a member of the Greenfield United Methodist Church and American Legion.

To order memorial trees or send flowers to the family in memory of John Crosswhite , please visit our flower store.
Send a Sympathy Card