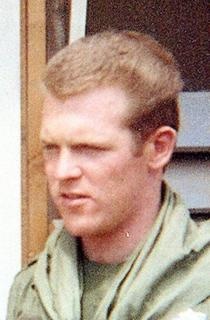 Funeral Services: Will be held on Monday, February 17, 2020, at 2:00 p.m. at the Steen Funeral Home in Massena with burial in the Massena Center Cemetery, north of Massena with full military graveside rites by Anita American Legion Post No. 210. A luncheon will be held at the Massena United Methodist Church following the burial. Pastor James Hansen will officiate the service.

Family Visitation: The family will greet friends on Monday, February 17, 2020, at the Steen Funeral Home in Massena one hour prior to services.

Memorials: Memorials may be directed to the John Lary memorial fund to be established by the family at a later date.

John McKee Lary was born November 1, 1944, in Atlantic, Iowa, the son of Orris and Veronica (McKee) Lary. He passed away on Monday, February 10, 2020, at the University of Omaha Medical Center in Omaha, Nebraska, at the age of 75.

John grew up in Massena and graduated from Massena High School and then went on to college at Southwestern Community College in Creston and then the University of Nebraska of Omaha. He served his country in the United States Army serving in Vietnam in the 5th Battalion 7th Cavalry. He earned a Purple Heart, two Bronze Stars and many other honored medals.

John was a member of the Methodist Church and various Veteran Organizations. He enjoyed riding motorcycles, traveling, going on walks, seeing family, hanging with Rocky and having an adventure.

He was preceded in death by his parents; and sister, Sheryl Ann Lary.

To order memorial trees or send flowers to the family in memory of John Lary , please visit our flower store.