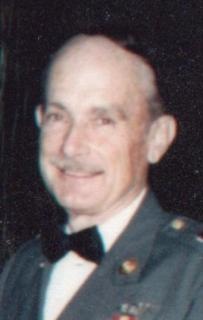 Funeral Services: Will be held on Saturday, September 21, 2019, at 1:30 p.m. at the Fontanelle United Methodist Church with burial in the Greenfield Cemetery with full military graveside rites by the Fontanelle American Legion Carlson Post No. 247. Pastor Cathy Nutting will officiate the service. A luncheon will be held at the church following the committal services at the cemetery.

Memorials: Memorials may be directed to John Sturdy memorial fund to be established by the family at a later date.

John William Sturdy was welcomed home by his parents William Brand and Mary Ann (Ewing) Sturdy and older sister Beverly Ann on March 4, 1933 at the family homestead in Adair County. He passed away at his home in Fontanelle, Iowa on Monday, September 16, 2019.

Growing up John had a love and fascination of aviation; from flying model airplanes to owning and piloting three different Cessna planes. John often flew to visit relatives in different states. He was an active member of the Flying Farmers.

John attended school at Greenfield High school before enlisting in the U.S. Air Force as a Flight Engineer flying on a C-124 Globemaster Aircraft and a C-119 type aircraft. While on active duty with the U.S. Air Force he was stationed in: Texas, Utah, Moses Lake, Washington and Eureux France. One time on a flight from Morocco to Italy the crew experienced engine trouble. The pilot had told them to prepare for an emergency landing at sea- John looked at the white caps below and knew that chances of survival were slim. As the Flight Engineer, John gave the Pilot instruction on what to do to keep the big radial engine going enough to maintain enough altitude to reach a safe landing- saving the lives of all on board.

After serving the U.S. Air Force, John enlisted in the Army Reserves 103rd retiring as a Sgt. Major. During his tenure with the U.S. Army Reserve John was awarded several trophies: firing in competition with the M-16 rifle and 45 caliber pistol.

John also farmed south of Fontanelle, raising cattle and working on old tractors. He also served on the Iowa Victims Crime Board assisting victims of crime. Later in life John spent time with children as well as grandchildren especailly lunches with daughter Eva.

John was preceded in death by his parents (William B. and Mary Ann), sister (Beverly Ann) and daughter B. Diane Sturdy (Alt).

To order memorial trees or send flowers to the family in memory of John Sturdy , please visit our flower store.