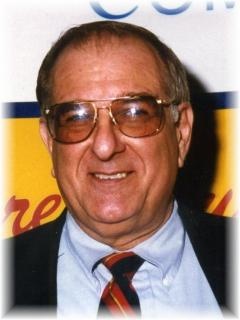 Funeral and Masonic Services: Will be held on Friday, November 14, 2014, at 10:00 a.m. at the United Methodist Church in Greenfield with burial in the Greenfield Cemetery. Full military graveside rites will be conducted by the Greenfield American Legion Head-Endres Post No. 265 and V.F.W. Post No. 5357 and the Fontanelle American Legion Carlson Post No. 247. Pastor Eric Schubert will officiate the service.  Masonic Services will be conducted by the Greenfield Crusade Lodge No. 386 A.F. & A.M.  A luncheon will be held at the church following the committal services at the cemetery.

Open Visitation: Will be held on Thursday, November 13th, from 3:00 to 8:00 p.m. at the Steen Funeral Home in Greenfield.

Memorials: Maybe be directed to the Greenfield United Methodist Church.

John Edwin Wietzke was born in Greenfield, Iowa on November 27, 1937 to John Rheinhold Wietzke and Irene Marguerite Sidey Wietzke. He passed away on November 10, 2014 at Mercy Hospital in Des Moines, Iowa at the age of 76.

On June 23, 1973, he was united in marriage to Roberta Kay Binford at Frederic, Wisconsin. After their marriage, they lived on the family farm southeast of Greenfield.

John graduated from Greenfield High School in 1956. After graduation, he attended Iowa State University in Ames where he completed his B.S. and M.S. degrees in Electrical Engineering. At Iowa State he was a member of the Air Force ROTC and joined the Air Force after graduation when he was assigned to Hill Air Force Base in Utah. While there he also completed his MBA at the University of Utah.

After leaving the Air Force, John began work with AT&T, living in Los Angeles and San Francisco, where he was regional manager of long distance services. After completing law school at the University of Iowa (where he met Roberta), John returned to the family farm and worked at the Attorney General’s office in Des Moines. He worked for Child Support Services, was county magistrate and then joined Clare Williamson’s law office. After that he opened his own law office in Greenfield. He was also manager of the Electric Coop in Greenfield, from which he retired in 2002.

Throughout his life, he loved farming. During his last hospitalization, he said that the farm was “the closest thing to heaven on earth, being on the back 40 with the big man on the hill.” John enjoyed reading, watching Hawkeye football, fishing, traveling, and flying lessons. He was an Elder and Deacon in the First Presbyterian Church in Greenfield, regularly attended church at the United Methodist Church in Greenfield, was a 50 year member of the Masonic Lodge and was a member of the Greenfield and Fontanelle American Legions.

He is survived by his wife, Roberta K. Wietzke, of Greenfield and daughter the Reverend Jessica S. Wietzke, pastor at First Presbyterian Church in Grimes, IA. He is also survived by his sister, Irene L. Wietzke, of Amarillo, Texas, as well as many relatives and friends. He was preceded in death by his parents, John and Irene Wietzke.

To order memorial trees or send flowers to the family in memory of John Wietzke , please visit our flower store.