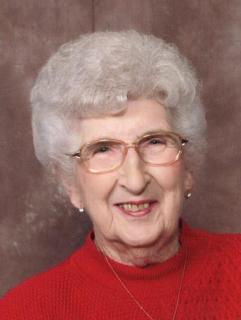 Funeral Services: Will be held on Saturday, February 9, 2019, at 10:30 a.m. at the Massena United Methodist Church in Massena. Pastor Karen Patrick will officiate the service. A luncheon will be held at the church immediately following the services. Burial will be in the Rose Hill Cemetery in Mount Ayr, Iowa at 2:30 p.m. on Saturday, February 9, 2019 with Mr. Bill Armstrong officiating.

Family Visitation: The family will greet friends on Friday, February 8th at the Steen Funeral Home in Massena from 5:00 p.m. to 7:00 p.m.

Memorials: May be made to the Juanita Clouse memorial fund to be established by the family at a later date.

Juanita (Drake) Clouse was born on August 10, 1930, in Ringgold County, Iowa, the daughter of Loren R. Drake and Velma (Hailey) Drake. She passed away on Tuesday, February 5, 2019, at the Heritage House in Atlantic, Iowa, at the age of 88.

Juanita grew up in Ringgold County and graduated from Tingley High School in 1948. On September 24, 1950, she married her high school sweetheart, Donald Clouse in the Tingley United Methodist Church. From this union, four children were born: Steve, Cindy, Penny, and Diane. They lived in Ringgold County, as well as other Southwest Iowa counties, until 1976 when they moved to Massena, Iowa where they lived for forty years. Juanita always took care of others and this showed as she worked many years as a nurse aide. The last twenty years Juanita worked as a home healthcare aide for the Cass County Hospital Homecare in Atlantic, Iowa, until her retirement in 1996.

Juanita was a member of the Massena United Methodist Church and the Massena Friends of the Library. Juanita and Donald enjoyed square dancing and loved playing cards and games with family and friends. She loved flowers and gardening and always made family gatherings special by making everyone’s favorite foods. Juanita loved making quilts and made them for her children, grandchildren and great-grandchildren.

Juanita was preceded in death by her husband in 2017, her parents and her brother, Harold Drake.

To order memorial trees or send flowers to the family in memory of Juanita Clouse , please visit our flower store.
Send a Sympathy Card