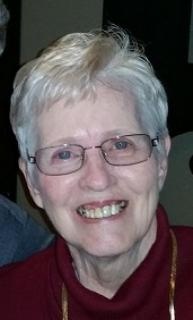 Graveside Services: Will be held on Tuesday, March 17, 2020, at the Oakwood Cemetery in Casey, Iowa, at 11:00 a.m. The Steen Funeral Home in Greenfield is in charge of the professional arrangements.

Memorials: Memorials may be directed to the Judy Kading memorial fund to be established by the family at a later date.

Judith Marie Anne Kading was born July 17, 1941, in Carroll, Iowa, the daughter of Irvin and Agnes (Lehrter) Heires. She lost her battle with Alzheimer’s disease on Tuesday, December 10, 2019, at her home in Altoona, Iowa, at the age of 78.

Judy was raised on a farm near Viola Center, Iowa, and graduated from Audubon High School in 1960. She was united in marriage to Donald Schwabe on June 2, 1962, and to this union seven children were born: Douglas, Michelle, Christi, John, Lisa, Kathy and Denise.

On March 17, 1990, she was united in marriage to Vern Kading in St. Paul, Minnesota. Their travels included Washington, D.C. and Indianapolis, Indiana for 17 years. In 2008, she was diagnosed with dementia which later turned into Alzheimer’s.

She was preceded in death by her parents and siblings, Bill, Kathy and Craig Heires.

To order memorial trees or send flowers to the family in memory of Judith Kading , please visit our flower store.