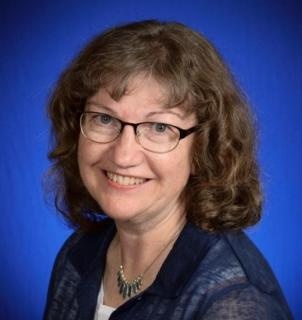 Memorials: Memorials may be directed to the Warren Cultural Center in Greenfield or to the Evangelical Lutheran Church in America (ELCA).

Judith Anne (Donahue) Schwartz passed away at her home on 17 March 2018 after a valiant battle with cancer. She was born 9 May 1957, the ninth of ten children to Ruby Irene Pittsenbarger and Charles Alfred Donahue, in Nebraska City, Nebraska. She graduated from Malvern High School in Malvern, Iowa in 1975 and received her Bachelor’s Degree in Social Work from Peru State College in Peru, Nebraska in 1979.

On 9 June 1979 she married Leon James Schwartz in Bartlett, Iowa. They first made their home in Des Moines where their three children were born; Samuel James in 1981, Stephanie Ann in 1983 and Sara Jo in 1986. In 1987 they moved to Leon’s family farm near Greenfield, Iowa where they raised their children and she resided until her death. Judy loved the farm and cared deeply about the land. She enjoyed being outside with her family whether tending garden, planting trees, or taking a farm walk. She passed that love of the farm on to her children as witnessed by the fact that all three were married on the family farm.

Judy started her career in Des Moines, Iowa working at Des Moines General Hospital and then for Enron. For the majority of her career she was a social worker, a job at which she was particularly well suited. She served many years as the Adair County Case Manager in Greenfield, Iowa and ended her career at Crossroads Behavioral Health Center in Creston, Iowa. Judy spent her life helping other people both through her work and church as well as family. She was always willing to help those in need. She will be fondly remembered by former clients and colleagues.

Judy was baptized as an adult at Emmanuel Lutheran Church in Fontanelle, Iowa. Her mother-in-law Arlene Schwartz was her godmother. Judy was a Sunday School teacher for many years and also served on the Altar Guild and Church Council. She was an active member of St. Paul Lutheran Church in Winterset, Iowa. Her faith was always strong and she served as a model to her family and friends.

Judy loved music and could name almost any tune on the radio. She enjoyed the arts and loved to watch her children and grandchildren perform. She grew up listening to the Kansas City Royals on the radio and was a lifelong fan. She enjoyed playing cards and games with family and friends, especially Steve and RaNae Rosenow.

Judy and Leon enjoyed traveling and did so with many family and friends over the years. A highlight was traveling with their children by vehicle across North America to all 49 U.S. states and all the provinces and territories in Canada. In January 2018 she completed her visit to all 50 states when she and Leon visited Hawaii. Another adventure included hiking to the bottom of the Grand Canyon with extended family. She was blessed to have traveled the world. For the past decade she and Leon had a pact to travel to a foreign country every year. They toured Europe, traveled to the Caribbean and explored South America along with visits to Mexico and Canada. Throughout all of her travels she was always happiest to return home to the farm.

The two words that best describe Judy are steady and selfless. She was a rock for her family and always put others before herself. Family was at the core for Judy, whether attending the annual Donahue family campout or a Weinheimer reunion. She was extremely proud of her three children and seven grandchildren. Judy’s love for family was evident and will continue to be felt always.

To order memorial trees or send flowers to the family in memory of Judy Schwartz , please visit our flower store.