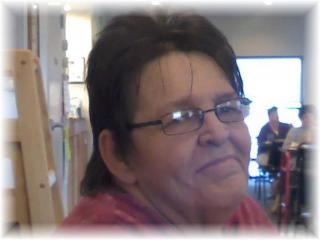 Celebration of Life Services: Wednesday, May 30, 2012 at 2:00 p.m. at the Steen Funeral Home in Greenfield, Iowa with burial at the Veterans Cemetery in Van Meter at a later date.

Memorials: To the Karen Schleiffarth memorial fund to be established by the family at a later date.

Karen was raised in Greenfield and graduated from Greenfield High School. On December 17, 1966, she was united in marriage to Eugene Schleiffarth in Iowa Falls, Iowa. To this union two daughters were born: Melissa and Patricia.

She is survived by her husband, Eugene Schleiffarth of Earlham; two daughters, Melissa Kendrick and James of Earlham and Patricia Swan and Mark of Earlham; grandson, Jared Dory; sister, Joyce von Rentzell of Earlham; other relatives and friends.

To order memorial trees or send flowers to the family in memory of Karen Schleiffarth , please visit our flower store.