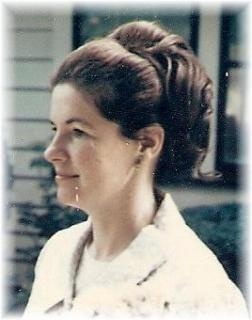 Mass of the Resurrection: Will be held on Friday, November 21, 2014, at 10:30 a.m. at the St. John’s Catholic Church in Greenfield with burial in the Rose Hill Cemetery, Nevinville, Iowa. Father Ken Gross will officiate the service. A luncheon will follow the burial at the church.

Visitation: Will be held on Thursday, November 20th from 2 p.m. to 8 p.m. at the Steen Funeral Home in Greenfield.

Scripture Service: Will be held on Thursday at 5:30 p.m. at the Steen Funeral Home in Greenfield.

Memorials: To the St. John’s Catholic Church or to the Stuart Community Care Center.

Kathleen McCabe Britten was born October 9, 1932, in Longford, Ireland, the daughter of Michael and Bridget (Lyons) McCabe. She passed away on Saturday, November 15, 2014, at the Community Care Center in Stuart, Iowa, at the age of 82.

Kathleen was raised and educated in Ireland. She graduated from High School and attended prep school in Ireland. On February 27, 1965, she was united in marriage to Philip H. Britten in New York City. To this union three sons were born: Brian, Kevin and Dan. They farmed in rural Creston and she was a very active participant in the family farm until 1990. She was a Para-Educator from 1991 -2010 at the Orient Macksburg Community Schools.

Kathleen was an active member of the St. John’s Catholic Church, served many years on the Orient Macksburg school board, enjoyed traveling to Ireland to visit her home country, friends and family and she received great joy from spending time with her grandchildren.

She was preceded in death by her parents; sister, Bridie Leto; brother, Michael McCabe; and adopted brother, Peter Doherty.

To order memorial trees or send flowers to the family in memory of Kathleen Britten , please visit our flower store.
Send a Sympathy Card