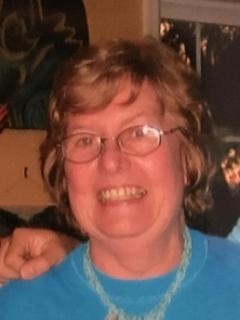 Mass of Christian Burial: Will be held on Saturday, September 16, 2017, at 10:30 a.m. at the St. John’s Catholic Church in Greenfield with burial in the Orient Cemetery, Orient, Iowa. Father James Ahenkora will officiate the service.

Memorials: In lieu of flowers, memorials can be directed to the American Red Cross, in care of Steen Funeral Home, PO Box 390, Greenfield, Iowa 50849.

Kathleen Ortiz was born on September 12, 1938, the daughter of Edward and Ruth (Ray) Shean in Moline, Illinois. She passed away peacefully on Wednesday, August 30, 2017 at her daughters home in Altoona, Iowa, at the age of 78.

Kathleen was raised in Orient, Iowa. She graduated from Zion High School in Iowa and then Drake University in Des Moines, Iowa. On June 22, 1957 she was united in marriage to Rafael Isada Ortiz in Orient, Iowa. They lived in Des Moines, Iowa and in 1985 they moved to Saginaw, Michigan where she worked for the American Red Cross. In 1995, they moved to Longmont, Colorado where she worked for Pharmerica in billing services. She enjoyed reading, loved her work and spending time with her family and friends.

She is preceded in death by her parents, husband, Rafael in 2013; son, Albert Ortiz; and brother, John Shean.

In lieu of flowers, donations may be made to the American Red Cross.

To order memorial trees or send flowers to the family in memory of Kathleen Ortiz , please visit our flower store.