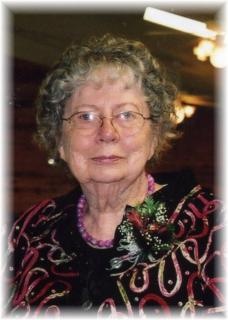 Kathryn Wagner passed away on Saturday, October 19, 2013, at the Greenfield Manor.

Funeral Services: Will be held on Friday, October 25, 2013, at 2:00 p.m. at the Steen Funeral Home in Greenfield with burial at the Greenfield Cemetery. The Rev. Dr. Keith Schweitzer will officiate the service.

Family Visitation: The family will greet friends on Friday one hour prior to services at the Steen Funeral Home.

Memorials: To the Kathryn Wagner memorial fund to be established by the family at a later date.

Kathryn Marie Wagner, daughter of Albert and Gladys (Pettit) Rohr was born on January 25, 1925 in rural Adair County, Iowa. She passed away on October 19, 2013, at the Greenfield Manor at the age of 88.

Kathryn grew up in southern Adair County and attended Nevinville schools. She graduated in 1943 from Nevinville. On February 17, 1945, Kay was united in marriage to L. Keith Wagner at the Immanuel Lutheran Church in Greenfield. To this union two children were born: Brent Alan and Lea Ann. The family made their home in Greenfield. Kay worked at the Adair County Free Press in Greenfield for over 50 years. She enjoyed sewing, gardening, her pets, dancing, music and her grandchildren.

She was preceded in death by her parents; husband, Keith in 1974; sister-in-law, Pat Rohr; her beloved dog, Muffin and cat, Kit.

To order memorial trees or send flowers to the family in memory of Kathryn Wagner , please visit our flower store.