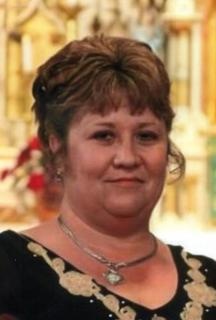 Celebration of Life Services: Will be held on Monday, January 22, 2018, at 11:00 a.m. at the Fontanelle United Methodist Church with a luncheon immediately following at the church. Burial will be in the Carl Cemetery at a later date. Pastor Cathy Nutting will officiate the service.

Family Visitation: The family will greet friends on Sunday afternoon at the Steen Funeral Home in Fontanelle from 2:00 p.m. to 4:00 p.m.

Memorials: Memorials may be directed to the Kathy Arterburn memorial fund to be established by the family at a later date.

Kathleen Sue Arterburn was born August 4, 1959, the daughter of Gene and Virginia (Tucker) Dillon in Grand Island, Nebraska. She passed away on Tuesday, January 16, 2018, in Des Moines, Iowa, at the age of 58.

Kathy was raised in Fontanelle and graduated from Bridgewater-Fontanelle High School in May 1977. Kathy lived the majority of her life in Fontanelle while helping to raise her two sons Travis and Justin.

Kathy worked as a paralegal analyst for Principal Financial Group in Des Moines for thirty plus years. She enjoyed sewing, quilting, flowers, traveling and especially watching her grandchildren, nieces and nephews.

She was preceded in death by her father, Gene Dillon.

To order memorial trees or send flowers to the family in memory of Kathy Arterburn , please visit our flower store.
Send a Sympathy Card