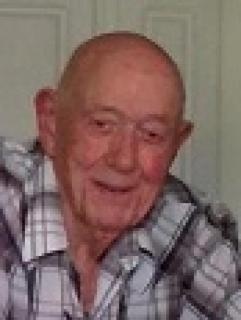 Funeral Services: Will be held on Tuesday, June 12, 2018, at 3:00 p.m. at the Steen Funeral Home in Fontanelle with burial in the Greenfield Cemetery. The family will greet friends in the Community Room at Summerset Estates in Fontanelle following burial for a time of fellowship and food. Father James Ahenkora will officiate the service.

Family Visitation: The family will greet friends one hour prior to services on Tuesday at the Steen Funeral Home in Fontanelle.

Memorials: Memorials may be directed to the Greater Regional Hospice Home-HCI Hospice Care Services or to the St. Jude’s Hospital Wounded Warrior Project.

Kennedy grew up in North Carolina, graduating from Hiddenite High School in 1948. He began his working life as a farmer and eventually became a life insurance underwriter and investment counselor, as well as a real estate broker. He was elected in 1972 to serve the 23rd district in the North Carolina State Senate. He was active with the Boy Scouts of America for many years, becoming an Eagle Scout and earning the Silver Beaver Award for community service. He was a charter member of the Alexander County, North Carolina Chamber of Commerce and served on the Board of Directors. He volunteered with SCORE, mentoring people as they started small businesses. He was active with Rotary International, Hiddenite United Methodist Church and supported St. Jude Hospital for Children, Disabled American Veterans and the Wounded Warrior Project. He profoundly believed in America and was very proud of his family heritage as settlers in the Colony of Carolina and their roles in the Revolutionary War.

The family wishes to express gratitude for all acts of kindness shown to them in their time of sorrow and they wish to acknowledge the extraordinary care provided by Dr. Tiwari, Dr. Mouser, all of the very special nurses and caregivers of Greater Regional Hospice Home, the staff at Adair County Hospital and the Greenfield Manor.

To order memorial trees or send flowers to the family in memory of Kennedy Sharpe , please visit our flower store.