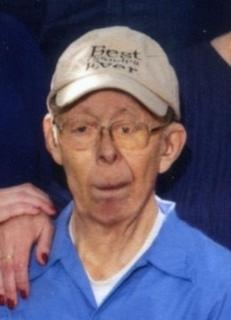 Funeral Services: Will be held on Tuesday, March 20, 2018, at 10:30 a.m. at the Steen Funeral Home in Massena with burial in the Victoria Township Cemetery, Massena, Iowa. A luncheon will be held at the Massena Lions/Legion Hall following services at the cemetery. Pastor James Hansen will officiate the service.

Family Visitation: The family will greet friends on Monday evening, March 19th at the Steen Funeral Home in Massena from 6:00 p.m. to 8:00 p.m.

Memorials: Memorials may be directed to the Kenneth Cullen memorial fund to be established by the family at a later date.

Kenneth grew up near Mt. Etna and attended Lincoln country school through the 8th grade. He attended high school in Massena and Corning,  graduating from Corning High School.  He lived most of his life in the Cumberland, Massena and Bridgewater area.  On September 2, 1967, he was united in marriage to Claudia Aldrich in Plattsmouth, Nebraska.  To this union two children were born: Jennifer and Gregory.

He was preceded in death by his parents; brother, Edward Cullen and sister, Anita Johnson.

To order memorial trees or send flowers to the family in memory of Kenneth Cullen , please visit our flower store.