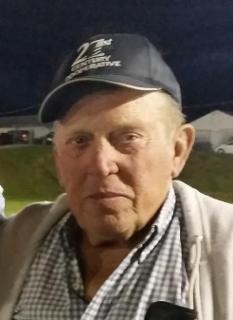 NO SERVICES WILL BE HELD AT THIS TIME DUE TO COVID-19. The Steen Funeral Home in Massena is in charge of the professional arrangements.

Memorials: To the Kenneth Karstens memorial fund to be established by the family at a later date.

Kenneth Dean Karstens was born December 6, 1935, the son of John and Sophia (Kloppenburg) Karstens in Wiota, Iowa. He passed away on Monday, August 10, 2020, at the Caring Acres Nursing and Rehab Center in Anita, Iowa, at the age of 84.

Kenneth grew up in Cass County and graduated from Massena High School in 1953. After high school he served his country in the United States Army at Fort Ord, Monterey, California where he met his future wife, Jill. He was united in marriage to Jill Holden on September 10, 1960, in Fresno, California.

He farmed after his marriage north of Massena. He enjoyed playing bingo, cards and having coffee with the guys every morning in Massena. He was a member of the First Evangelical Lutheran Church in Wiota, and the Massena Lions Club.

He was preceded in death by his parents; brother, Duane Karstens; and two sisters, Evelyn Karas and Eva Simpson; granddaughter, Samantha; and brother-in-law, Gerald Karas.

To order memorial trees or send flowers to the family in memory of Kenneth Karstens , please visit our flower store.
Send a Sympathy Card