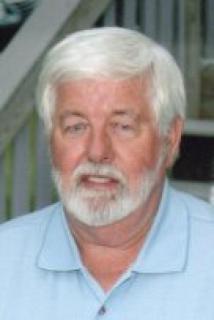 Family Visitation: The family will greet friends on Monday, August 19th, from 5:00 p.m. to 8:00 p.m. at the Steen Funeral Home in Massena.

Memorials: Memorials may be directed the Kenny Waters memorial fund to be established by the family at a later date.

Kenny grew up in Adams County and attended a one room school house and then went to Massena High in 7th grade graduating in 1958 in the last class to graduate in Massena. He lived most of his life in Massena. He served his country in the United State Air Force from 1959 to 1963. On June 10, 1961, he was united in marriage to Donna Shields in Massena, Iowa. Kenny was the manager for Standard Fertilizer Plant from 1974 to 1987, was a Cass County Supervisor from 1992 to 2000 and he drove a school bus for CAM from 1999 to 2016. He loved spending time with his grandchildren and great grandchildren. Kenny was a member of the St. Patrick’s Catholic Church, Knights of Columbus and Lion’s Club.

To order memorial trees or send flowers to the family in memory of Kenneth Waters , please visit our flower store.
Send a Sympathy Card