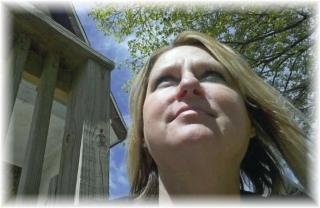 Funeral Service: Will be held on Wednesday, April 18, 2012, at 10:30 a.m. in the Cumberland Community Building in Cumberland with burial in the Union Township Cemetery, Cumberland, Iowa. Pastor Dick Krambeck will officiate the service.

Visitation: Will be held on Tuesday, April 17th, from 3 to 8 p.m. at the Steen Funeral Home in Massena with the family greeting friends from 6 to 8 p.m.

Memorials: To Kris Sothman memorial fund to be established by the family.

Kristi Lynn Sothman was born December 25, 1963 to Nicky Mace and Mary L. (Kinnersley) Powell in Atlantic, Iowa. She passed away Saturday, April 14, 2012 at the Nebraska Methodist Hospital in Omaha, Nebraska at the age of 48.

Kristi grew up and lived her entire life in Cumberland. She graduated from Cumberland-Massena High School in 1982. On August 21, 1982, she was united in marriage to Brian Sothman at the Methodist Church in Cumberland. To this union three children were born: Jonathan Russell, Spenser Brian and Hunter Lynn. Later Kristi and Brian divorced.

Kristi worked at the Clarinda Company in Atlantic for several years until they closed. She then began working as a secretary for the Cumberland Telephone Company and later becoming manager. She liked to read, spend time with her friends and especially loved spending time with her family.

She was preceded in death by her father, Nicky Powell.

She is survived by her mother, Mary Mills and husband Marty of Cumberland; three sons, Jonathan Sothman and Jessie Nichols of Atlantic, Spenser Sothman of Lewis and Hunter Sothman of Cumberland; brothers and sisters: Shari Exceen of Atlantic, David Powell and Lisa Wahlert of Anita, Derek and Pam Mills of Lee Summit, Missouri, Mark and Michele Mills of Lee Summit, Missouri, Andrea Schaap of Conifer, Colorado and Becky and Keith Rice of Council Bluffs, Iowa; special friend, Wade Rich of Cumberland; other relatives and friends.

To order memorial trees or send flowers to the family in memory of Kristi Sothman , please visit our flower store.