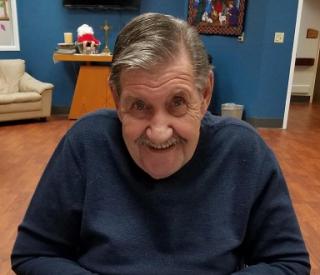 Funeral Services: Will be held on Monday, May 13, 2019, at 10:00 a.m. at the Emmanuel Lutheran Church in Fontanelle with burial in the Greenfield Cemetery. A luncheon will be held at the church following the committal services at the cemetery. Pastor Steven Broers and Vicar Anthony Scalisi will officiate the service.

Family Visitation: The family will greet friends on Sunday, may 12th, at the Steen Funeral Home in Greenfield from 3:00 p.m. to 5:00 p.m.

Memorials: Memorials may be made to the Larry Freeman memorial fund to be established by the family.

Larry graduated from Bridgewater-Fontanelle High School and resided in Fontanelle his entire life.  He was united in marriage to Vickie Kingery on March 25, 1971.  Larry & Vic were proud parents of their little dog Nikki Jo, but completed their family when they brought Kami Sue home on December 20, 1977. Larry spent his over 40 year career at the Fontanelle Coop as a Feed Truck Driver and Feed Mill Operator, retiring in 2006.

Larry loved to be outside golfing, fishing, caring for his lawn, going for drives and cherished memories of younger days that included family vacations.  He was always ready to tease anyone he came in contact with, be it a stranger or his beloved nieces, nephews & grandchildren. He still laughed thinking about the things he taught Kami to do when she was little that would get the grandparents stirred up.  His nursery rhymes and his version of saying “grace”, for example.

To order memorial trees or send flowers to the family in memory of Larry Freeman , please visit our flower store.
Send a Sympathy Card