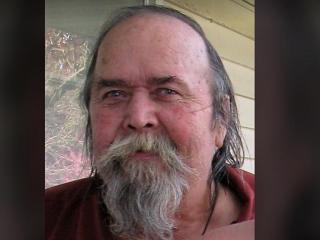 Public Graveside Services: Will be held at the Earlham Cemetery in Earlham on Saturday, October 17, 2020, at 11:00 a.m. with full military graveside rites conducted by the Earlham American Legion Post No. 158. The Steen Funeral Home in Greenfield is in charge of the professional arrangements.

Visitation and Potluck: Will be held at the Earlham Community Building immediately following the graveside service on Saturday.

Memorials: May be directed to the Larry Henkle memorial fund to be established by the family at a later date.

Larry Gene Henkle was born on September 26th 1945 in Stuart, Iowa to John & Delma (Neff) Henkle. He was welcomed home by two older brothers. Wilber & Walter. Larry was raised on the family farm near Earlham. He was a birthright member of the Earlham Church of Christ and was baptized at the age of 12. Larry attended Earlham School and graduated from Earlham High School in 1964.

Larry was drafted into the Army on October 15th, 1965 at the age of 19. He served with the 3rd Division, 39th Regiment, artillery. Larry was stationed in Schweinfurt, Germany where he attained the rank of Sergeant and was a gunner on a 155 Self-propelled Howitzer.

Larry was well known for his love of fast cars. His Black 64, Chevy Super Sport Convertible was known by drag racers for miles around and very seldom lost a race. He also purchased a 69 Mustang, Mach 1 when he returned home from the Army.

One of his favorite duties was being the Bingo caller at the Earlham American Legion. Which he did for years until his health would no longer allow him to.

Larry collected old and foreign coins and Zippo cigarette lighters. He loved woodworking in his shop and building furniture, toys and many cherished items.

After he retired Larry sold his home and moved to Pioneer Village in Earlham. Where you could find him watching his western’s, feeding his squirrels or just relaxing with a Bourbon & Coke and a coloring book.

Larry’s main love of life was his Children, his Grandchildren and his family and friends. His heart was broken when he lost his son Matthew on August 31st.

Larry passed away peacefully at Veterans Hospital in Des Moines, Iowa, on October 10, 2020. He was preceded in death by his Son Matthew Henkle, his Parents, John & Delma Henkle & his brother, Walter Henkle. Larry is survived by his daughter, Angela (Scooter) Jorgensen of Earlham; four grandchildren, Ashley & Jacob Jorgensen of Earlham, Colton Henkle of Earlham and Seth Schroeder of North Carolina; two great grandchildren, Shawn and Ryker of NC; brother, Wilbur (Margaret) Henkle, and nephew Ron & niece Cindy of Hamburg IA; sister-in-law, Pearl Henkle; and nephew, Dan Henkle of Earlham. Larry’s kind heart and generous spirit will be missed by all who knew him.

To order memorial trees or send flowers to the family in memory of Larry Henkle , please visit our flower store.
Send a Sympathy Card