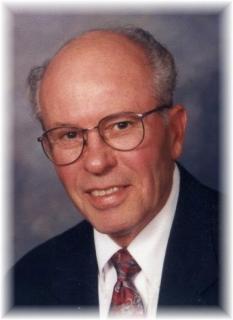 Funeral Services: Will be held on Wednesday, March 11, 2015, at 10:30 a.m. at the United Methodist Church in Greenfield with burial at the Greenfield Cemetery. Full Military Graveside Rites by Greenfield American Legion Head-Endres Post No. 265 and V.F.W. Post No. 5357. A luncheon will be held at the church following the committal services at the cemetery. Pastor Eric Schubert will officiate the service.

Family Visitation: The family will greet friends on Tuesday evening from 5:00 to 8:00 p.m. at the Greenfield United Methodist Church.

Memorials: In lieu of flowers memorials may be directed to the Larry Icenbice memorial fund to be established by the family at a later date.

Larry Leo Icenbice was born October 18, 1941 in Deep River, Iowa, the son of Kenneth Lowell and Evelyn Marcene (Bruns) Icenbice. He passed away at his home on March 6th, 2015 at the age of 73, surrounded by his loving family.

Larry was baptized at the Church of Christ in Deep River, IA. Larry and Linda started 1st grade together in Deep River and graduated from the Deep River-Millersburg Community School in 1959. As a youth, Larry showed cattle and was involved with 4-H. He was a Page Boy in the Iowa Legislature his senior year. After graduation he attended Central College in Pella and later attended Phoenix College and Southwestern Community College. After the death of his father in 1962, he returned to the family farm and helped his mother.

On May 19, 1963, Larry and Linda were united in marriage at the Deep River Methodist Church. Larry entered the United States Air Force in June 1963 and was stationed at Luke Air Force Base in Glendale, Arizona. It was there that he became acquainted with the new world of computers. While in Arizona, their first daughter was born, Lori Lynn. He was discharged in June 1967. They returned to Iowa and made their home in Greenfield. Their family became complete with the births of Lisa Lee and Leslie Linnea. Larry was employed at Schildberg Construction Company for 28 years as a Computer Programmer and Data Processing Manager. After leaving Schildberg's, he did private consulting work and retired in 1996.

In the past, Larry was a member of the Optimist Club, Park and Library Board, Booster Club, Data Processing Manager's Association, and Lay Leader and Trustee at the United Methodist Church. He belonged to the Masonic Lodge in Deep River and the Order of Eastern Star in Greenfield. He served as Grand Representative to Vermont, was Worthy Patron many times, held many offices and was Rainbow Dad numerous times.

Larry was a member of the Head-Endres Legion Post and served as Commander and Adjutant, 7th District Vice Commander and in 1983 was elected as State Chaplain. He instilled the importance of patriotism to his girls and grandchildren.

Music played a big part in the Icenbice household. Larry was a member of the church choir for many years, sang with the men's quartet and sang at countless funerals, weddings, and social events. His message in song was a blessing to many.

In 2000, Larry and Linda bought their first motor home and began traveling. They spent winters in Apache Junction, AZ and made lasting friendships with folks there. The Iowa State Fair was the highlight of every year, sharing the experiences with family and friends and eating countless apple turnovers. The motor home was a busy place in the campgrounds and holds many priceless memories.

He enjoyed singing, bowling, golfing, and all sporting events, spending many summers in Deep River and Greenfield playing fast-pitch softball. He enjoyed farming so much he hobby-farmed later in life with friend, Farmer Bates. Most of all, Larry loved his girls and grandchildren - his pride and joy.

He was preceded in death by his parents; father and mother-in-law, Evan and Eileen Elliott; niece, Danielle Meyer; and brother-in-law, Dennis Meyer.

Larry was a special person and he will be greatly missed by many. The family wishes to express their thankfulness for all acts of kindness that have been shown to them during this time and during his long illness. It will never be forgotten. Please join us for a luncheon at the church following the committal.

To order memorial trees or send flowers to the family in memory of Larry Icenbice , please visit our flower store.
Send a Sympathy Card