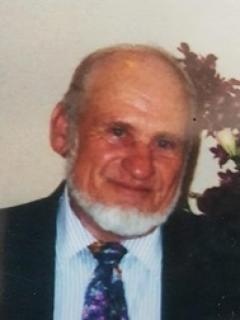 Funeral and Services: Will be held on Wednesday, September 7, 2016, at 11:00 a.m. at the Emmanuel Lutheran Church in Fontanelle with burial in the Greenfield Cemetery with full Military Graveside Rites By Greenfield American Legion Head-Endres Post No. 265 and V.F.W. Post No. 5357. Pastor Steven Broers will officiate the service. A luncheon will be held at the church following the burial.

Family Visitation: The family will greet friends on Wednesday at the church one hour prior to services.

Memorials: To the Larry Johnson memorial fund to be established at a later date.

Larry Eugene Johnson was born to Thomas and Fannie (Bloom) Johnson Kapfer on August 15, 1938 and passed away on September 1, 2016, at Westhaven Community Boone, Iowa at the age of 78.

He attended country school and finished his education at Richland Community High School Richland, Iowa. After graduation he enlisted in the Air Force and was stationed in Spain. On arrival home he married Janette Lois Spring on December 3, 1961. Their first home was in Sweetwater, Texas. After his discharge, he and Janette moved to Corning, Iowa where he drove a bread truck until they moved to the farm south of Richland. They lived in various locations until they bought their home east of Greenfield. Over the years he farmed, worked for Wallace Auto Supply, Ehrsam Implement and finally worked for Schildberg's Incorporated.

To this union three children were born Raymond Eugene, Belinda Marie and Curtis Alan. During Larry and Janette's marriage they liked to travel, camp and go fishing along with spending time with grandchildren and children.

In the year 2000 he lost Janette and later married Kathryn Dietrich in 2002. They made their home in Fontanelle, Iowa until Kathryn passed away December 19, 2012. Larry and Kathryn liked to travel.

Due to declining health he moved to Westhaven Community Boone, Iowa to be near to his daughter Belinda. He was well liked at the facility by the staff and residents. He always had a joke to tell the staff.

He was preceded in death by his wives Janette and Kathryn; son, Curtis Alan; parents; father and mother-in-law, Clyde and Winnie; and brother–in-law, Kenneth Black.

To order memorial trees or send flowers to the family in memory of Larry Johnson , please visit our flower store.