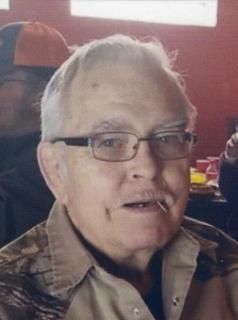 Funeral Services: Will be held on Friday, September 20, 2019, 10:30 a.m. at the United Methodist Church in Greenfield with burial at the Greenfield Cemetery. A luncheon will be held at the church following the services at the cemetery. Pastor Tim Maxa will officiate the service.

Memorials: To the Larry McClelland memorial fund to be established by the family at a later date.

Larry Dwight McClelland was born on July 5, 1937, in Grove Township, Adair County, Iowa, the son of Wilbur Watson and Mary Leila (Lyddon) McClelland. He passed away on Saturday, September 14, 2019, at his home in Greenfield, Iowa, at the age of 82.

Larry graduated from Greenfield High School in 1955. On June 4, 1959, he was united in marriage to Sharon Kay Christensen in Greenfield, Iowa. To this union two sons were born: Larry Michael and Wilbur Lee. They lived in Corning until 1965 and then they moved to Greenfield.

He was preceded in death by his parents; wife, Sharon in 2007; and three brothers, Richard, Gene and Dwayne McClelland.

To order memorial trees or send flowers to the family in memory of Larry McClelland , please visit our flower store.
Send a Sympathy Card