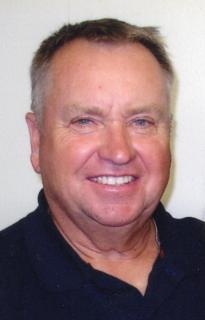 Mass of Christian Burial: Will be held on Tuesday, July 9, 2019, at 10:30 a.m. at the St. John’s Catholic Church in Greenfield with burial in the Greenfield Cemetery with full military graveside rites by the Greenfield American Legion Head-Endres Post No. 265 and V.F.W. Post No. 5357. A luncheon will be held at the church following the committal services at the cemetery. Father James Ahenkora will officiate the service.

Memorials: May be directed to the Larry Reis memorial fund to be established by the family.

Lawrence Edward Reis passed away on June 30, 2019, at the Greenfield Manor. Larry, son of Lawrence F. and (Mary) Eileen (Strong), was born November 30, 1937, in the farmhouse he lived in many years south of Greenfield. He grew up attending rural school and graduated from Greenfield High School in 1956. Larry was active in many sports and FFA. After high school he served in the Army and attended Iowa State University and was a lifelong Cyclone fan.

Larry was active in the community serving on multiple boards. He was very active in Saint John’s Catholic Church as his relationship with God was very important. He enjoyed tractor pulling, pinewood derby races, jokes, magic tricks, playing games, and improving mechanical designs with his inventive mind. His primary focus was always God, Family, Farming, and sports.

Larry is proceeded in death by his parents and his Granddaughter Claire Elizabeth Reis.

To order memorial trees or send flowers to the family in memory of Larry Reis , please visit our flower store.
Send a Sympathy Card