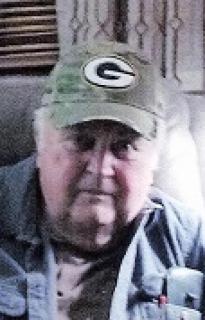 Memorials: Memorials may be directed to Larry Standley Memorial Fund to be established by the family at a later date.

Larry LaVerne Standley was born February 4, 1939, in Union County, Iowa, the son of Harley and Lizzie (Marckmann). He passed away on Tuesday, October 5, 2021, at the Greenfield Rehabilitation and Health Care Center in Greenfield, Iowa, at the age of 82.

Larry lived most of his life in Adair County, Iowa. He attended country school at Grove Center No. 5 and graduated from Greenfield High School in 1957. After graduation he served his country in the Army Reserves, two months at Fort Leonardwood, Missouri and four months at Fort Ord, California. He attended meetings at Creston and a week at Fort McCoy, Wisconsin for a total of six years in the Army Reserves, 1957-1965.

Larry was married to Joy Brockman May 27, 1959, in Orient, Iowa. To this union five children were born: Ted and Terry (Oct. 7, 1959), Patti (March 19, 1961), Monte (May 31, 1964) and Randy (May 20, 1966). They lived in Greenfield, Des Moines and back to Greenfield where he had the Texaco Station for five years. Moving to Earlham and working back in Des Moines, trucking again. When Joy’s parents retired he purchased the farm and still worked in Des Moines trucking until retirement putting in 34 years of trucking and farming. He loved horses, watching football games, westerns, and especially enjoyed his grandchildren.

He was preceded in death by his parents; brothers, Donald and Gary Standley; granddaughter, Kristine Tiernan; twin grandsons, Ryan and Lance Standley; and in-laws, Paul and Amelia Brockman;

To order memorial trees or send flowers to the family in memory of Larry Standley , please visit our flower store.
Send a Sympathy Card