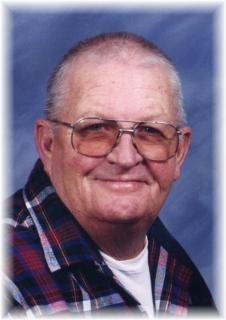 Memorial Services: Will be held on Wednesday, May 14, 2014 at 11:00 a.m. at the Fontanelle United Methodist Church. Pastor Cathy Nutting will officiate the service. A luncheon will be held at the church following the military rites conducted by the Fontanelle American Legion Carlson Post No. 247. The Steen Funeral Home in Fontanelle is in charge of the professional arrangements.

Memorials: To the Larry Warrior memorial fund to be established by the family at a later date.

Larry T. Warrior was born December 1, 1932, in Adair County, Iowa, the son of George and Bertha (Ramsey) Warrior. He passed away on Friday, May 9, 2014, at the Creston Nursing and Rehab Center in Creston, Iowa, at the age of 81.

Larry grew up in Adair County and attended school in Fontanelle graduating in 1951. He then joined the United States Marine Corp and served his country in Korea. After his discharge from the service he lived in New York City until the death of his father in 1958. He then made Fontanelle his home. On May 19, 1960, he was united in marriage to Judy C. Christensen. To this union they were blessed with six children: Rod, George, Gary, Jon, Julie and Jim.

Larry worked construction and also drove truck for Schildberg’s Construction, Ticknor farms and the Fontanelle and Massena Co-op. He was an avid John Wayne and Chicago Bears fan! Two of his most memorable moments was going to the 1986 Super Bowl in New Orleans. The other is when he was in California with some of his Marine buddies where he met John Wayne and Mickey Rooney. Larry’s hobbies were hunting, fishing, shooting trap, camping, playing golf and spending time with his family. He was a member of the Fontanelle American Legion Carlson Post No. 247.

To order memorial trees or send flowers to the family in memory of Larry Warrior , please visit our flower store.