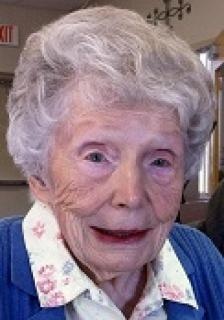 Celebration of Life Services: Will be held on Saturday, May 20, 2017, at 11:00 a.m. at the Emmanuel Lutheran Church in Fontanelle with burial in the Fontanelle Cemetery. Pastor Steven Broers will officiate the service. A luncheon will be served at the church following the committal services at the cemetery.

Lavon Lutz, born September 3, 1937, passed away on May 11, 2017 at age 79. Lavon is survived by spouse Lyle, children Gwen (Robert Lawlor), Miriam, Sarah (Joel Dickman), Joel (Laura Murray), and 7 grandchildren. Lavon is the daughter of predeceased parents Harold and Evelyn Queck of Fontanelle, and sister to Shirley (Evan Rayl), Chyleen (Paul Pauesick), and predeceased Gerald (Margaret Queck). She is also survived by siblings-in-law Fredric (Susan) Lutz, Charles (Hertha) Lutz, Eugene (Susan) Lutz, and Paulette (Steven) Kutschat. Lavon was raised on a dairy farm near Fontanelle, and was an active member of the Jackson township 4-H club. She studied for 8 years in a one-room country school and graduated from high school in Fontanelle, then completed cosmetology training and opened her own beauty salon. She married Lyle Lutz in Fontanelle and together they served seven Midwestern parishes and five years in an international congregation in Tanzania, where they received recognition from the U.S. Ambassador for their service. With Lyle, Lavon raised 4 children, was a foster mother to a special needs student, and was active in the lives of her 7 grandchildren. In 1972 she was recognized in the 'Outstanding Young Women of America' Awards for community service. She served on school and church boards, reached out to refugees, and was a pioneer in the Parkinson’s community. Lavon lived 38 years with Parkinson’s Disease. In 2008 she and Lyle were awarded the Silverstein Community Service Award in recognition of outstanding service to the Parkinson’s community of the Upper Midwest. Their 60th wedding anniversary is June 8, 2017. Lavon and Lyle were greatly supported over the past year by home hospice care in Centerville, Minnesota. Lavon donated her brain to Parkinson's research, and she will be inurned in the Fontanelle cemetery on Saturday, May 20, 2017. Lavon was ready to enter her heavenly home, and rests now in the arms of our Lord.

To order memorial trees or send flowers to the family in memory of Lavon Lutz , please visit our flower store.
Send a Sympathy Card