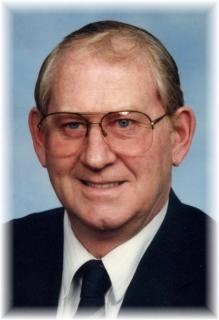 Services: Pursuant to Leo’s wishes his body was cremated and no funeral service will take place. A gathering of remembrance will be held at the United Methodist Church in Fontanelle on Sunday, February 24, 2013, from 1:00 p.m. to 4:00 p.m.

Memorials: To the charity of your choice.

Leo Armstrong was born April 15, 1935, in Fontanelle, Iowa, the son of Edwin and Amelia (Ehrenfried) Armstrong. He passed away on Friday, February 15, 2013, at his home in Fontanelle at the age of 77.

Leo was confirmed into the Lutheran Church in Fontanelle. He had many fond memories playing basketball on a Luther League team that traveled to other churches for a game. He attended Fontanelle School and after graduation he began working at the Fontanelle Co-op. He worked several positions ending in the office as assistant manager and later manager for twenty-one years.

Leo married Lou Ann Lynch in 1957 and to this union one son Monty was born. In 1965, he married Rosemary Huddleson and to this union two sons Brian and Mike were born. Leo loved his home, taking care of his yard, helping his sons work on their homes and visiting the men at the lawn mower shop.

To order memorial trees or send flowers to the family in memory of Leo Armstrong , please visit our flower store.