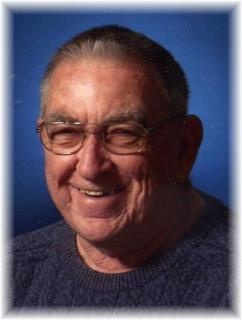 Celebration of Life Services: Will be held on Thursday, May 23, 2013, at 11:00 a.m. at the Bridgewater United Methodist Church. A luncheon will immediately follow the service.

Open Visitation: Will be held at the Steen Funeral Home in Fontanelle on Wednesday from 1 to 8 p.m.

Family Visitation: The family will greet friends on Wednesday evening at the Steen Funeral Home in Fontanelle from 6 to 8 p.m.

Memorials: To Leo Chafa memorial fund to be established by the family.

Leo Dale Chafa was born on December 8, 1932, in Bridgewater, Iowa, the son of Kenneth D. and Clara (Jones) Chafa. He passed away on Saturday, May 18, 2013, at the Good Samaritan Society in Fontanelle at the age of 80.

Leo spent his entire life in Bridgewater and often said that “he never got more than ½ block from where he was born.”

The family also included a younger sister, Maxine, who now lives in Mesa, AZ with her husband, Bob, daughter, son and their families.

Leo attended school all 12 years and graduated from Bridgewater High School with the class of 1950. He made many life-long friends during these years.

After graduating, Leo worked at the local produce, did carpenter work and was a substitute mail carrier. He became a full time carrier for Bridgewater, a job he loved, and retired after 40 years of service.

Leo and JoAnn Golly were married in 1952 in Maryville, Missouri. They became parents of three children: Donna, Mike and Scott. He enjoyed attending all the children’s activities and spending time with extended family and friends. Leo bowled for many years in Greenfield on Tuesday night.

He was preceded in death by his parents and father-in-law, Ernest Golly.

Leo took the grandkids fishing, went to their ballgames, he and Jo took them camping and enjoyed getting the whole family together for special occasions.

Although he said he never got more than ½ block from home, Leo and Jo traveled after retiring and for 20 plus years spent winters in Arizona. He enjoyed all the activities, especially playing pool, and all the good friends they made while there and spending time with his sister and all her family.

While home in Bridgewater a nearly every day ritual was going to the café to have morning coffee with “the guys” and discussing the daily news and talking over old times.

Leo was close to his in-laws, Vivian Golly, Bob and Jean Golly and their three children and Lois Nolan and her six children and families and many happy times were spent together through the years.

After surgery and an extended illness, Leo entered the Good Samaritan Society in Fontanelle where his family spent much time with him and many friends stopped in to say hello and visit.

To order memorial trees or send flowers to the family in memory of Leo Chafa , please visit our flower store.