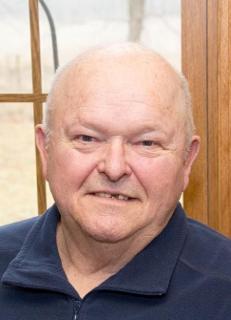 Funeral Services: Will be held on Thursday, February 14, 2019, at 7:00 p.m. at the St. John’s Catholic Church in Greenfield. Father James Ahenkora will officiate the service.

Family Visitation: The family will greet friends on Thursday, February 14th, from 5:00 p.m. to 7:00 p.m. at the St. John’s Catholic Church in Greenfield.

Memorials: Memorials may be directed to the Leo Tucker memorial fund to be established by the family.

Leo Len Tucker was born September 3, 1942, the son of Clarence and M. Marie (Wells) Tucker in Adair County, Iowa.  He passed away on Sunday, February 10, 2019, in the same farm house where he was born.

Leo attended Washington No. 8 country school, two years at Bridgewater High School and then graduated from Bridgewater-Fontanelle High School in 1960.  He was united in marriage to Joyce Hogan on November 30, 1963, in the St. John’s Catholic Church in Greenfield.  To this union three children were born: Curt, Chris and Melissa.

Leo and Joyce were lifelong partners.  They worked together putting in crops, fencing, and working cattle and hogs.  Leo loved nature, farming and was dedicated to it.  Every spring was a new year of high expectations and he gracefully accepted what mother nature gave us.  He had a strong spiritual belief, there is always next year.  He loved his family very much, they were his life.  He made sure there was a family vacation every year and some were quite memorable. He was a member of the St. John’s Catholic Church and was a board member of the Fontanelle Co-op for 12 years, serving as president from 1977 to 1983.  He loved his John Deere collectibles, farming and his livestock.

He was preceded in death by his parents; sister-in-law, JoAnn Hogan, nephew, Brian Morrison; and daughter-in-law, Becky Tucker.

To order memorial trees or send flowers to the family in memory of Leo Tucker , please visit our flower store.
Send a Sympathy Card